From The San Francisco Museum of Performance and Design 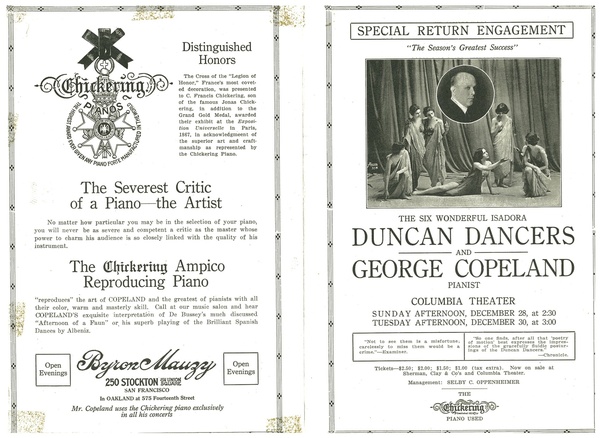 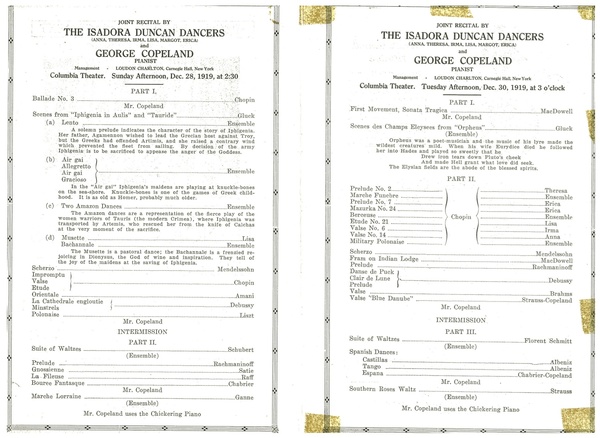 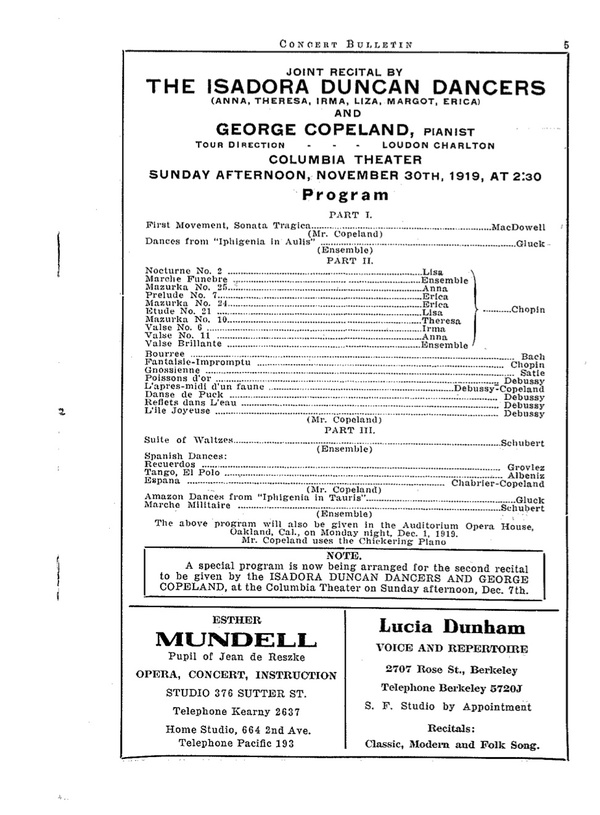 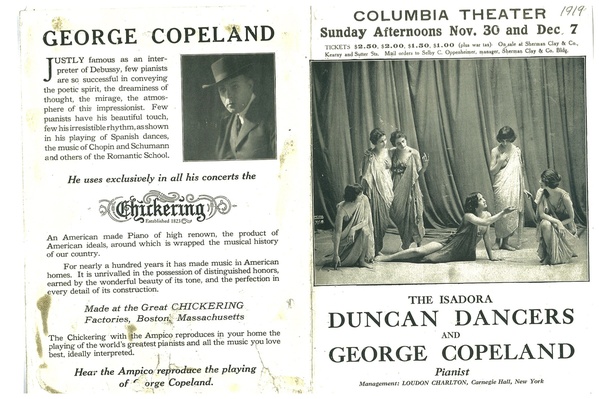 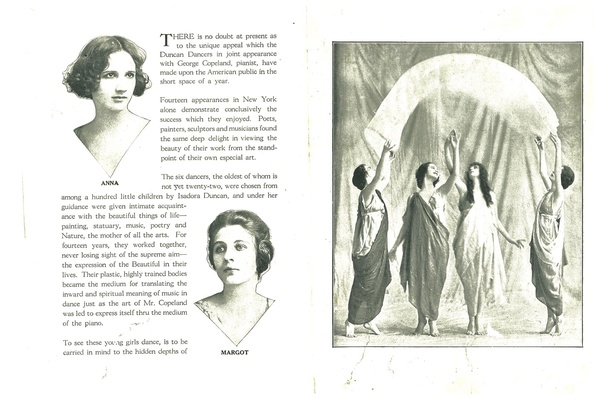 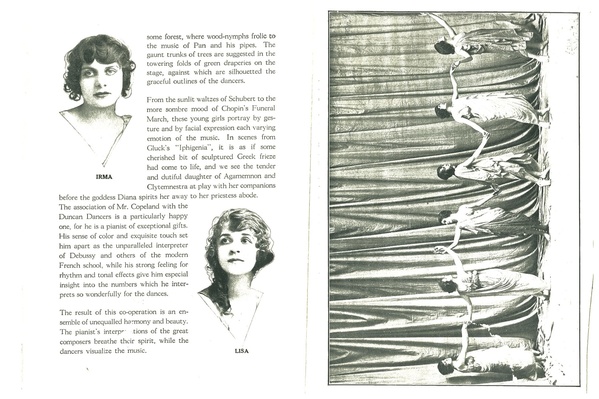 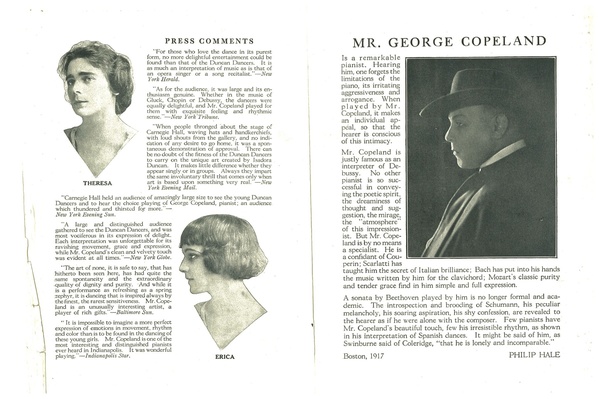 These programs are from the Isadorables’ performances in Isadora’s birthplace, San Francisco, in November and December, 1919. Irma wrote (Duncan Dancer, p. 174), “we tried to dance our very best at our first matinee at the Columbia Theatre to make her fellow Californians proud of us.” Isadora’s mother was in the audience and accepted their invitation to spend two weeks of Christmas with them at the St. Francis Hotel. A San Francisco reviewer, Redford Mason, wrote “Not to see them is a misfortune; carelessly to miss them would be a crime.” In the photo on the front right page are (left to right) Irma, Margo, Maria-Theresa, Anna, Erica and Lisa, in a pose from Knucklebones (photo by Apeda, ~1917, Paris).