at the Place of Fine Arts

Rosario has devoted much of her professional career to teaching in many different settings and it is her desire as an artist to pass on the knowledge gained and to continue the tradition of Isadora Duncan's Dance Art.

Rosario has participated as a co-founder and leading member in a number of companies performing Isadora's repertoire including; Isadora Duncan Heritage Society under the direction of Mignon Garland, a founding member of the Dionysian Duncan Dancers, and Director of the Isadora Duncan Dance Center. She has coached numerous dancers and taught master classes in California, New York , Greece and Moscow. In San Francisco she teaches at the Isadora DuncanDance Center and at private and public schools.

Retracing the source of much inspiration 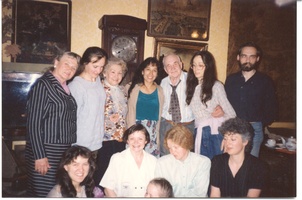 Connecting with the Duncan Legacy with Russian dancers and Heritage 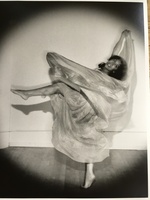