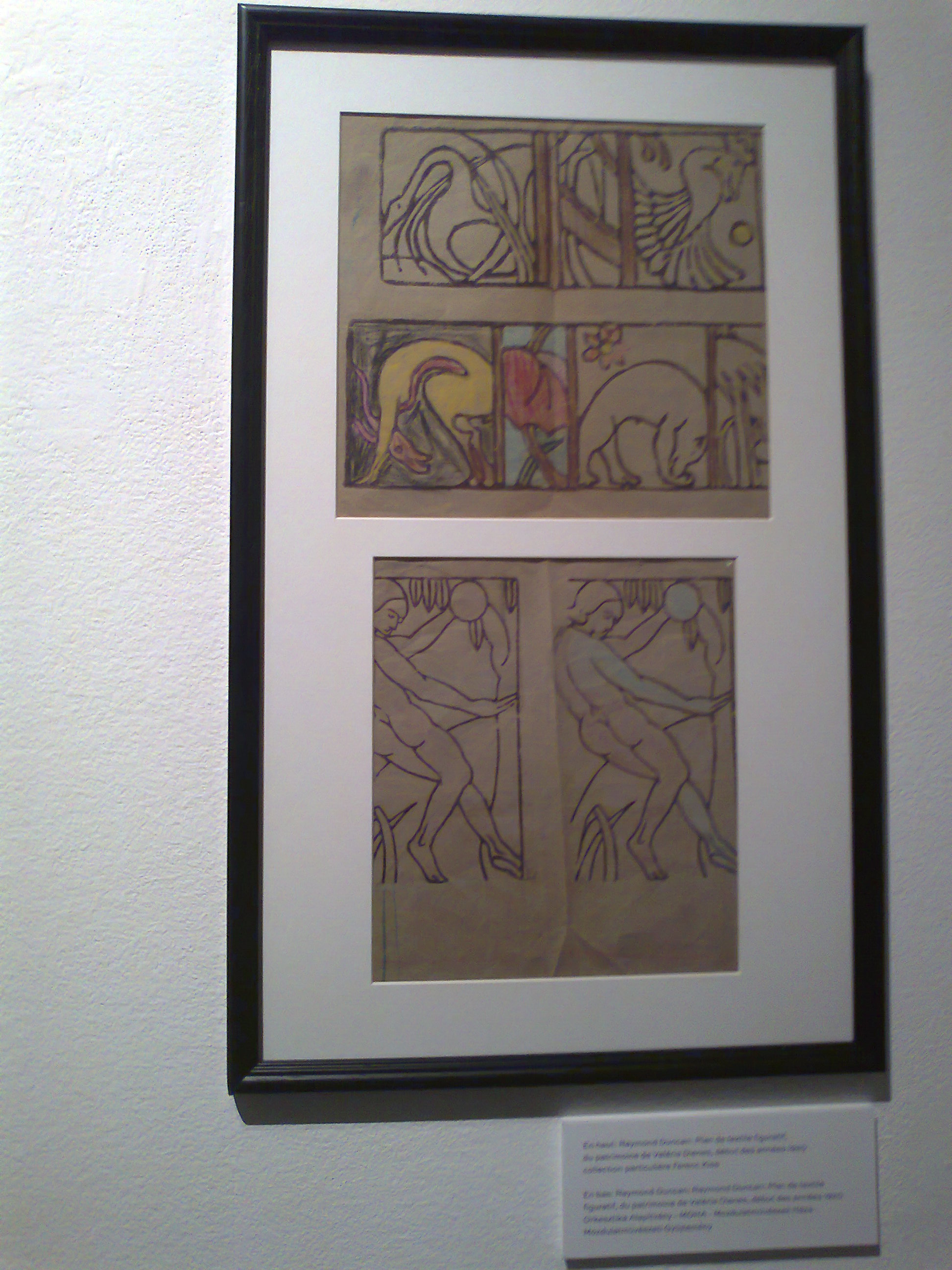 Raymond Duncan Bio by Michel Duncan Merle (grandson of Raymond Duncan)
While running a school of art in San Francisco with his mother, brother and two sisters, when only 17, Raymond Duncan first dreamed of building a new society. To that end, he found his basic principle: the true value of work lies in the product, not in the profits, and ultimately in the development and growth of the worker. Also at this time he first began his study of body movement and he assisted Isadora in her new art of the dance, laying a foundation for his own system of gymnastics which was adopted by many. Inspired by the life of ancient Greece, he established his first community on the outskirts of Athens. It had a self-supporting economy centred on spinning and weaving. During the Balkan wars he and Penelope built whole towns on a similar plan, working with war refugees at the request of Premier Venizelos. Raymond Duncan developed the idea of a new theatre based on ancient Greek tragedy, forming a touring company to present ‘Electra’ in the original text and with hand woven classical dress to enhance the movement of the body. He brought the play to Paris some years later with the then revolutionary scenery of just one column and a curtain background. He demonstrated on stage the importance of the chorus in Greek drama. By 1911 he had founded the Akademia Raymond Duncan in Paris to teach all of the arts, Greek music, and philosophy. He presented public lectures and Socratic dialogues. He designed a type face that followed design principles found in upper case Greek letters. He published his broadsheet, ‘Exangelos’ and brought to Paris a great number of rugs hand-woven to his designs (adapted from the various styles of ancient Greece). In addition to the rugs, he exhibited and sold his brush-dyed/wood block textiles. He decorated his studios with mural-sized paintings done with vegetable dyes. In 1922 he built a theatre and never again was without a permanent stage, which he opened to young dramatists, poets and musicians. He made frequent trips to the States to produce solo-dramas (at Town Hall and Carnegie Hall for example) and to introduce young artists to the American public. Finally in 1929 he brought all his activities under one roof at the rue de Seine in Paris. The basic philosophy he promoted was that everyone is an artist, that everyone can make or create all they need and that everyone will grow and develop as they apply themselves to new tasks. At the time of his death Raymond Duncan was setting up, in the Akademia, a museum of four Duncans: Elizabeth, Augustin, Raymond and Isadora. 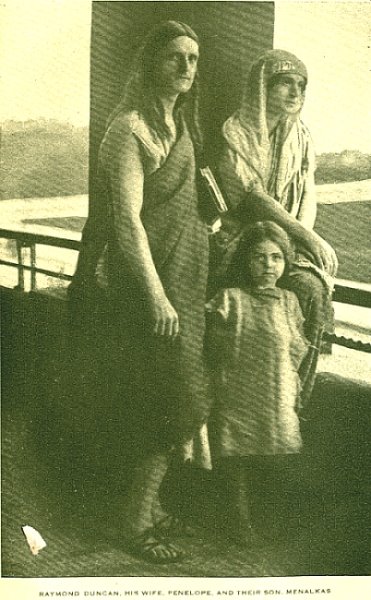