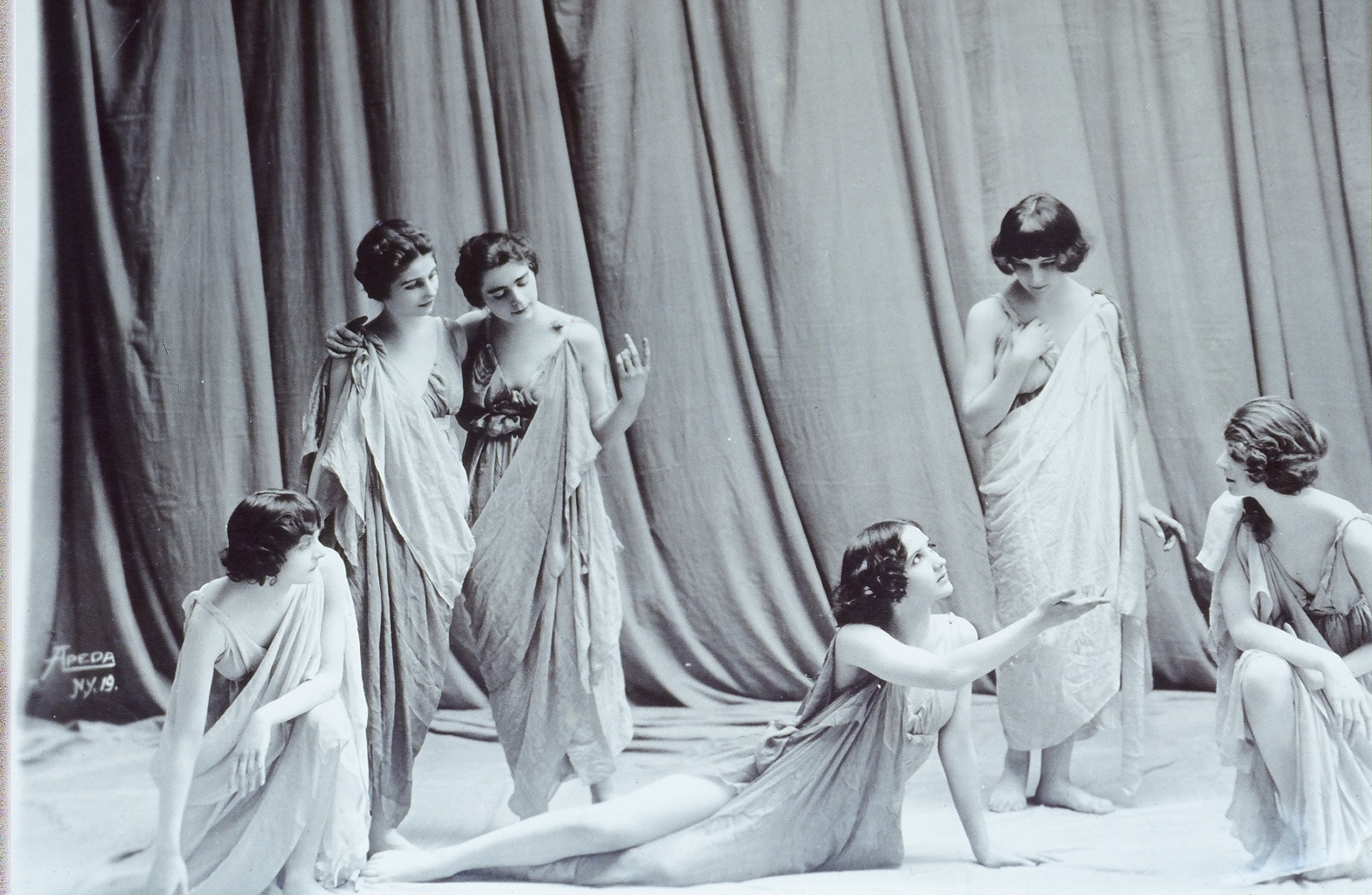 From the collection of Janaea Rose Lyn, the Isadorables, photo by Arnold Genthe

Their American debut was on December 3, 1914 at Carnegie Hall with the New York Symphony, a great success. Reviewer Sigmund Spaeth wrote [1]: “It may truthfully be claimed that no dancing in the world today has more of a truth and sincerity in its appeal than that has the dancing of these six adopted daughters of Isadora Duncan. When people thronged about the stage of Carnegie Hall waving hats and handkerchiefs with loud shouts from the gallery and no inclination or any desire to go home, it was a spontaneous demonstration of approval. …..

Whether it is Anna’s interpretive art, or the rhythmic certainty of Theresa, or Lisa’s airy leaps, or the dramatic eloquence of Irma … there is always the effect of youthful spontaneity, a direct challenge to everything that is artificial and insincere. …. This individualizing of the dancers is making them for the first time in their careers, distinct artistic personalities.”

The Isadorables toured independently in the United States (1918-1920) to tremendous success. In June 1920, Isadora called the group to Paris (all but Erika went) and wanted to adopt them, to symbolize “a form of consecration toward carrying on her art in true tradition.”[2] Although there is no record of a legal adoption, their last names were changed to Duncan through the New York Courts.[3] The reunion in Paris and Greece lasted a year, during which they worked together and performed. When Isadora traveled to Moscow in 1921 to start a Russian school, only Irma was willing to join her. Anna, Lisa and Margot returned to America to perform and tour. It is through the invaluable teaching of Anna, Irma, Maria-Theresa and Lisa that Isadora’s legacy is alive today.