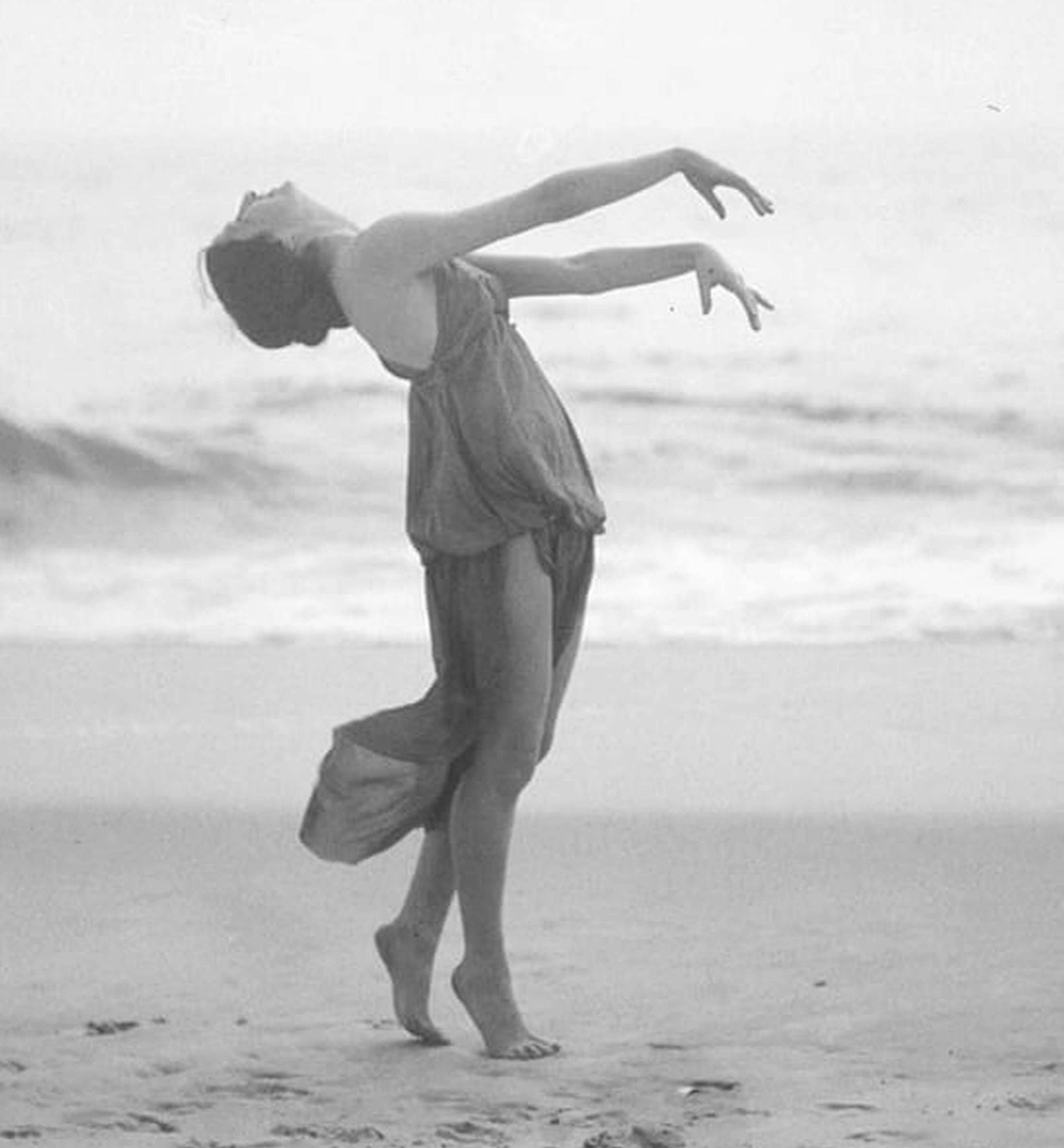 DISCLAIMER. — This biography is a work in progress proposed by Tieri·Danse. This biographical essay is therefore subject to many changes and adjustments. • Please feel free to make any clarifications, additional informations or correction proposals concerning the elements here presented, and this by using the Contact form of Isadora Duncan Archive. • All·biographical informations here given come from the institutions listed in the "References" section below. — The·text here proposed is mainly that drafted and published by the Harvard·Library ('Hollis·for·Archival Discovery'). • The text, photographs and drawings presented in this page are published in compliance with copyrights and with national and international intellectual property laws according to the references, links and legal notices and credit/courtesy lines mentionned in the dedicated sections below.

Stella BLOCH (1897-1999) — American dancer, artist and journalist — was born in Poland in 1897. Stella Bloch is daughter of a Polish-born emigrant mother who had been living in New·York. — She was born in Tarnów, in Austria-Hungary's Kingdom of Galicia & Lodomeria (now Tarnów, Poland), because her mother Charlotte returned from New·York City to give birth on 18 December 1897. — Although born in Poland, due to her mother's distrust of American doctors, Stella Bloch was raised in New York City.

• Inspired by an ISADORA Duncan performance in 1914 (most likely in New·York), Stella BLOCH began her earliest training with the ISADORABLES (it remains there to specify which Isadorables actually had Stella Bloch as student), a·priori from ca·1914 until ca·1921 (the exact dates remain here to be checked and specified). — At this time (ca·1916-1924), Arnold Genthe (1869-1942, American photographer) took her several times in photo.

• Stella BLOCH also became interested in Spanish dance. As an adolescent, she took art classes from the Art Students League of New York. — She began drawing and documenting the dance and dancers to which she was exposed.

• Before she was 20 years old, Stella BLOCH married Ananda Kentish Coomaraswamy (1877-1947), curator of Museum of Fine Arts, Boston. — The couple toured the Far East, where Stella Bloch studied the dances of Bali, Cambodia, China, India, Japan, and Java. Her time in the East included a year spent in the palace of the Prince of Solo in Java Island (Central Java, Indonesia) to learn Javanese dance under an Eastern dance master.

While abroad, Stella BLOCH recorded in her sketchbooks the costumes and dances of the cultures she experienced. Upon her return to Boston and New York, Stella Bloch gave performances of Javanese dance and lectures on life in the Far East.

• She wrote articles for magazines and was featured in newspapers and magazines as well. She published a book, Dancing and the Drama East and West (New·York·: Orientalia, 1922, 13·p.; with an introduction by Ananda Kentish Coomaraswamy [1877-1947]), which contrasted Eastern theater with Western theater. — The book also included some of her sketches of Isadora Duncan (with her pupils) and from Bali, Cambodia, China and Java.

• Stella BLOCH became involved in the Broadway circuit and performed in revues. She headlined at the Eastman·Theatre (opened in 1922) in Rochester (New York), and also worked with the Garrick·Gaieties at the Guild·Theatre in New York City. While working on and off Broadway, Stella Bloch met lyricist Edward·Eliscu (1902-1998). The two were married in 1931.

Around this time (ca 1931), Stella BLOCH became involved in the Harlem jazz scene. She first spent time at the Cotton·Club and Harlem·Alhambra in New·York City. She learned the authentic version of the Charleston from Cotton·Club dancer Elida (Edna) Webb (Elida Webb Dawson; 1893-1975), and performed it to rave reviews by audiences and newspaper reporters alike.

• Stella BLOCH ventured into the clubs where white patrons did not go, where the jazz was hot and evolving. She preferred these clubs to white entertainment clubs such as the Cotton·Club. — Stella Bloch also began sketching the performers at the night clubs.

• Stella BLOCH became the first white woman to chronicle the Harlem Renaissance, and is most known for her artwork documenting this time period of artistic growth. She was respected by her jazz counterparts and formed acquaintances with them. Among the many performers she documented were Josephine Baker (1906-1975), Bessie Smith (1894-1937), Dusty Fletcher (1900-1954), and Thelonius Monk (1917-1982).

Stella BLOCH had many exhibitions of her artwork, primarily in New York but also in California, where she and Eliscu lived for a few years. Stella Bloch's work was also exhibited at shows of African-American artists where she was the only white artist accepted to display.

• The exhibitions, at such galleries as Macy's and the 'Montross Gallery' in New York City, brought recognition to Stella BLOCH, not only for her work documenting Harlem, but ISADORA Duncan (and possibly also the Isadorables, but this point remains to be explored, checked and specified), Eastern, and 'New York City Ballet' dancers as well.

Stella BLOCH and Edward Eliscu moved to Connecticut in the mid-1960s. They had two children, David and Peter.

• During the 1960s, Stella BLOCH wrote a four-act play about ISADORA, a play entitled Sundown. Publication information for Sundown is, unfortunately, unknown [this point has to be explored].

• Stella BLOCH also continued her art exhibitions during this time. Eliscu died in 1998. — Stella Bloch continued to exhibit her artwork into the late stages of her life. — She·died at the reported age of 101 of pneumonia, on January 10, 1999, in the Bethel Health Care Center in Bethel, Connecticut, US.

Drawings and photographs of Stella BLOCH, and also drawings by her, can be found at the 'Harvard·Library' (Cambridge, US-MA), at the 'Lincoln Center for the Performing·Arts (New·York), at the New York Public Library (NYPL) — and, particularly, at the 'Schomburg Center for Research in Black Culture', in Harlem, New·York — and at the Museum of Fine Arts in Boston.

• The 'New York Public Library' (NYPL) and the Harvard Library ('Harvard Theatre Collection and 'Houghton Library of the Harvard College' in Cambridge, US-MA) have extensive collections of Stella BLOCH's papers. — In·addition, Georges Cukor (1899-1983, American) and Katharine Hepburn (1907-2003, Amarican) are known to have been collectors of Stella BLOCH's work (this point remains to be checked).

All biographical informations here given mainly come from the following institutions (accessible via the links associated with the references listed below)·:

The text, photographs and drawings presented in this page are published in compliance with copyrights and with national and international intellectual property laws according to the following legal notices and credit/courtesy lines.

Concerning the legal framework related to the text of tis biography of Stella Bloch, see the "Disclaimer" presented at the beginning of this page and all the references and links mentionned and integrated throughout this page.

This biographical page about Stella Bloch has been proposed in Isadora Duncan Archive in January 2022 by Tieri·Danse, French free dancer and researcher (Early Modern Dance history), because this wonderful Isadorian dancer does surprisingly not yet (at the date of creation of this page) seem to have ever or elsewhere been openly mentioned or recognized by Isadorian dancers or historians as a dancer of the Isadorian lineage. 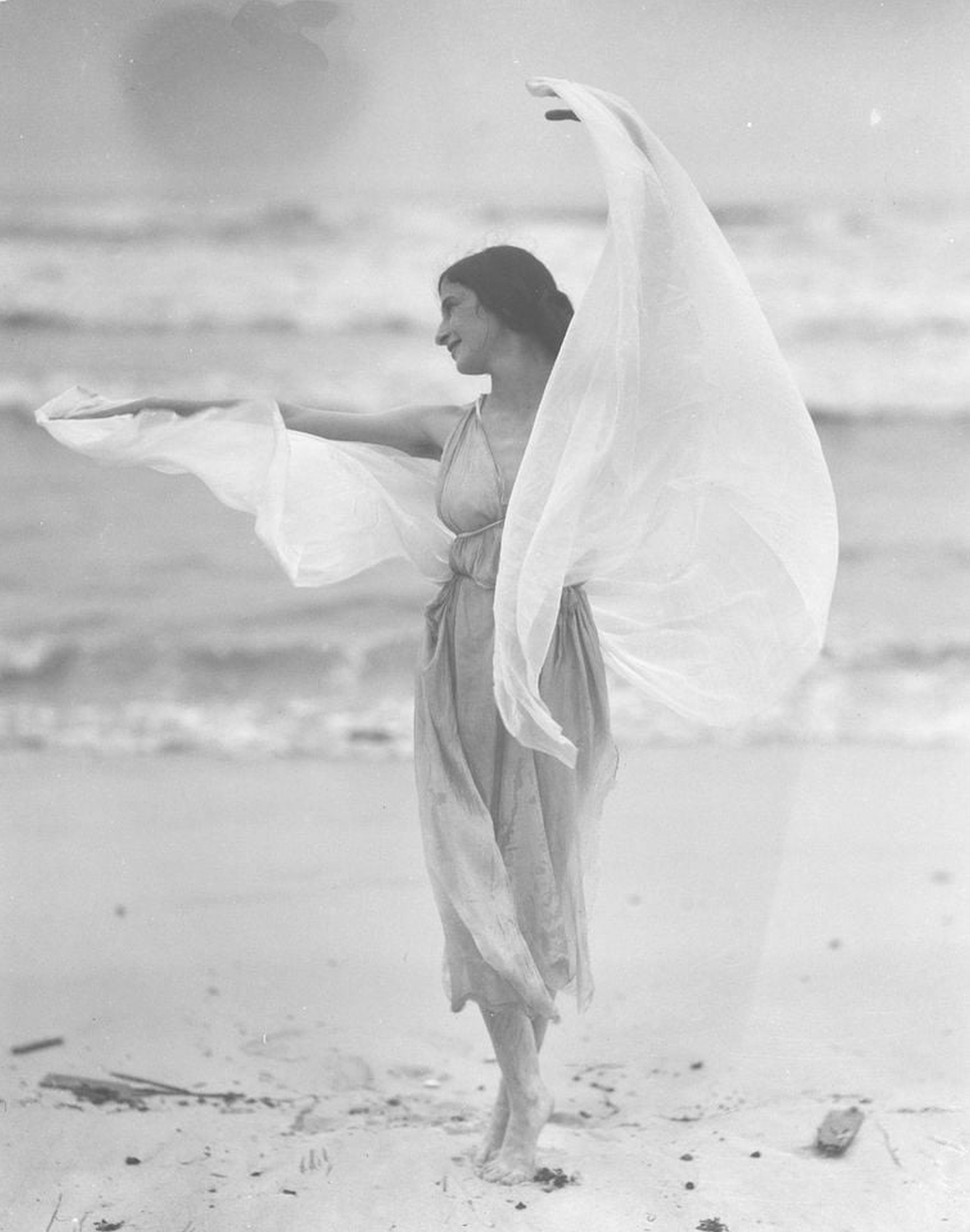 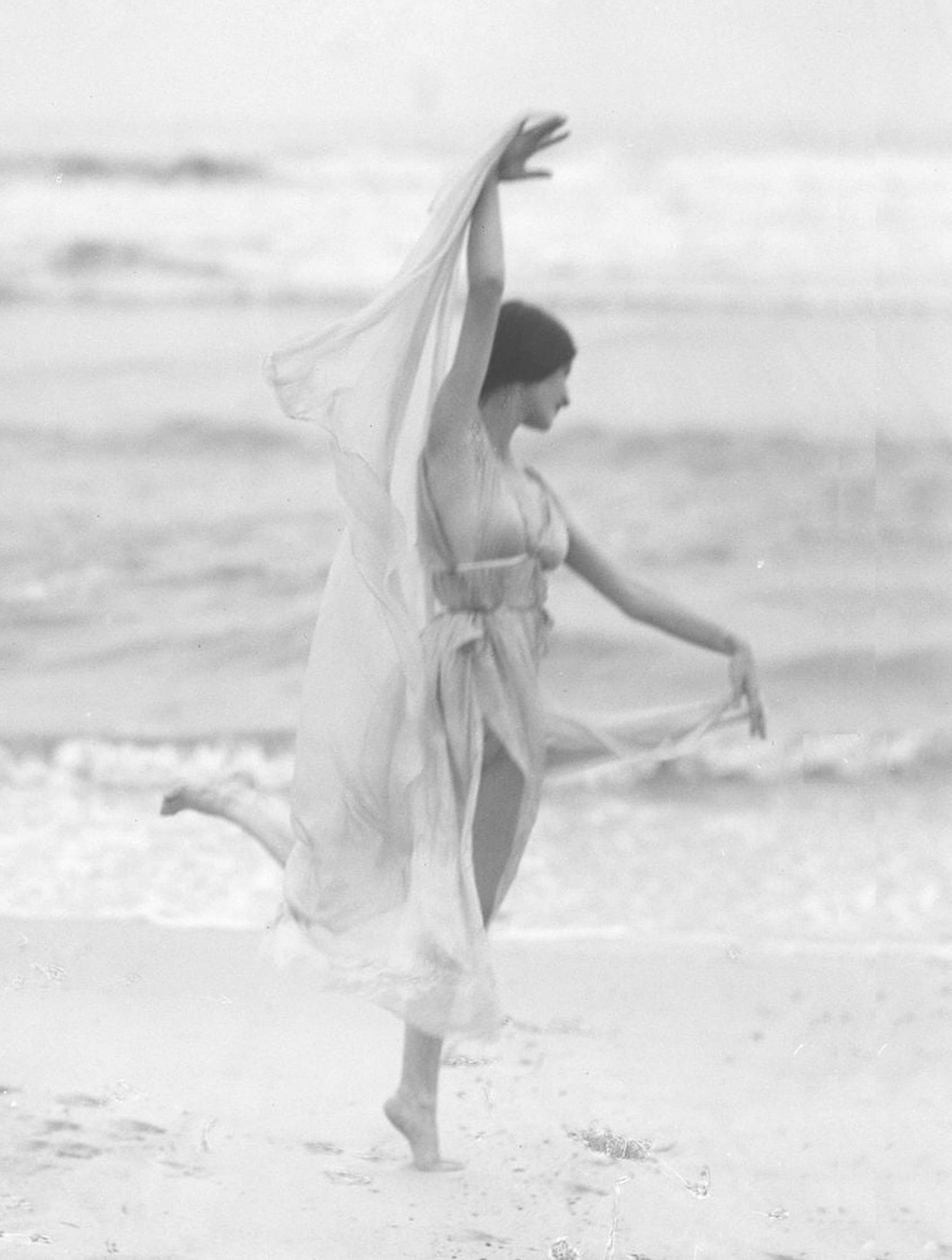 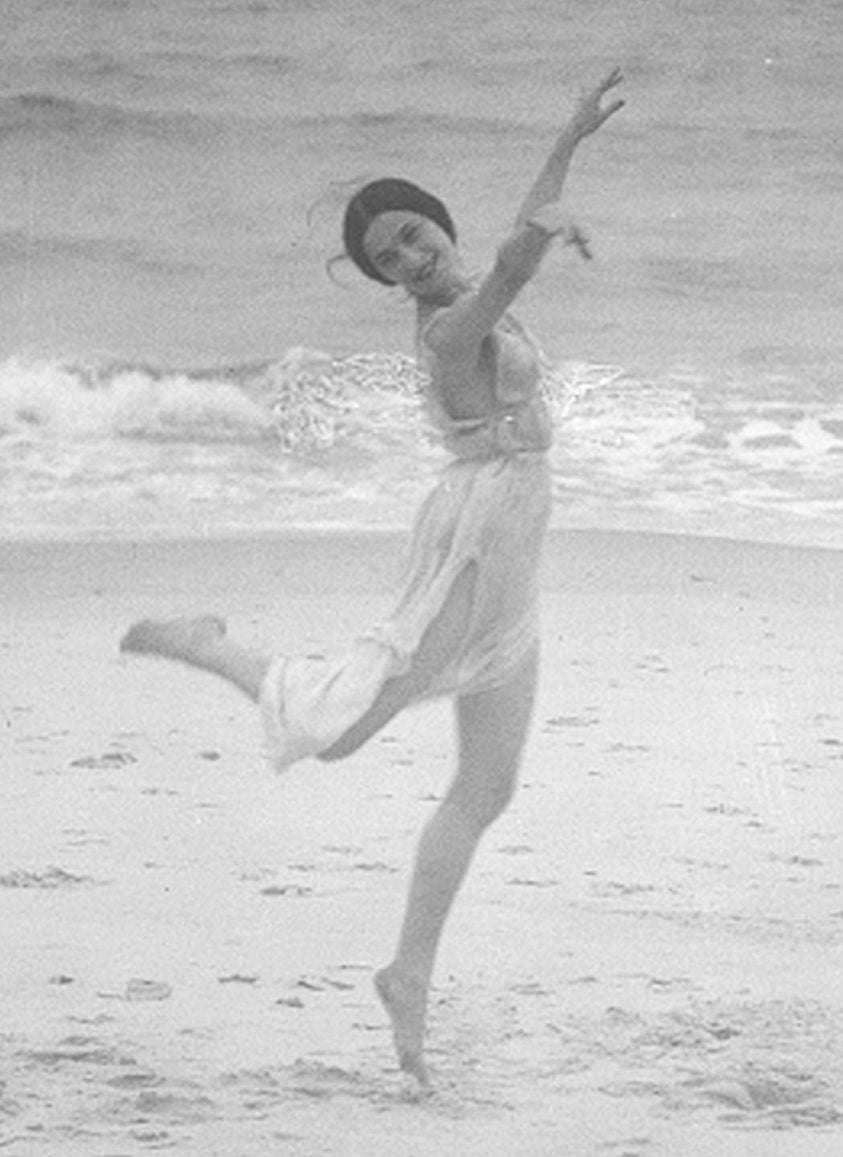 4./ 'Stella Bloch' at the SNAC - UNIVERSITY of VIRGINIA - Social Networks and Archival Context, US